I am a recovering diet-soda-a-holic. I do not drink coffee so I used to have 1-2 Diet Dr. Peppers every single morning to wake me up. Zero calories and caffeine seems like a good idea, right? Boy was I wrong. Here are the top 5 reasons WHY!

AND In animal studies, the rats that consumed artificial sweeteners ate more, their metabolism slowed, and they put on 14 percent more body?fat?in just two weeks ? EVEN eating less calories. In population studies there was a 200 percent increased risk of obesity in?diet sodadrinkers. 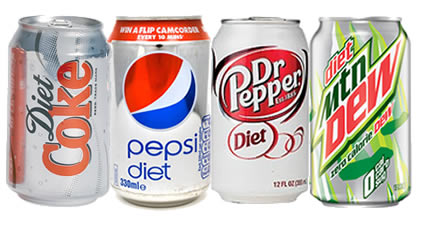